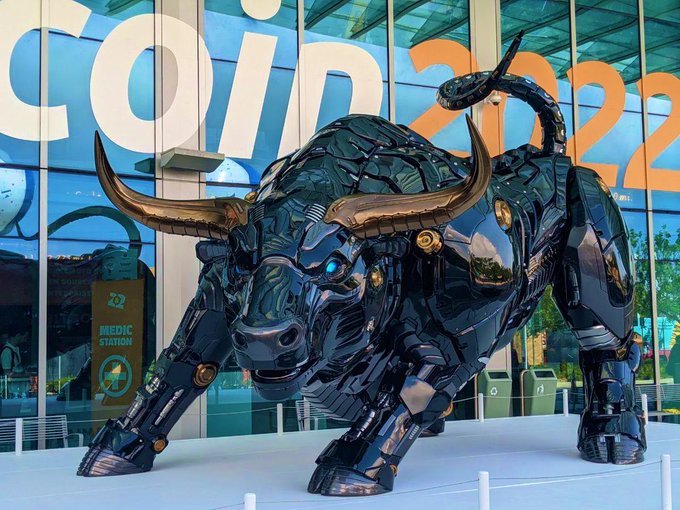 What an amazing time to be in this industry. Point of Sale has been the MOST BORING industry for decades. And I should know, I’ve been a part of it for 14 years selling point of sale systems from Intuit and Microsoft. I have been looking to replace my legacy products for years. They are bloated, they expire often and have huge subscription fees, and the publishers generally don’t listen to their customers because they are beholden to their stockholders and the bottom line. Nor do they specifically care about privacy or self-sovereignty and self-custody. I wanted something better.

Last year, I attended Bitcoin2021 in Miami and left with a goal to get a viable point of sale up and running (because El Salvador and ya know, @nayibbukele and @jackmallers) to enable bitcoin and Lightning Network payments integrated alongside traditional payment methods (ie credit cards). Along with my knowledge of the point of sale product and industry, I am also a privacy, and bitcoin, advocate and bought a @start9labs Embassy personal server. The @start9labs Embassy provides a privacy-centric and security-based platform with a marketplace of apps that fits this ethos. I decided to build (wrap) an app specifically for this platform. A platform that hosts a Bitcoin Core node, Lightning Network Daemon (LND), and various tools and utilities to facilitate payments and privacy. My thinking is that small business owners will want the option of self-custody of their hardware and bitcoin for privacy and lower capital costs.

I then spent the last ten months getting a team together to enable bitcoin/lightning and credit cards into a functional and quick retail point of sale system specifically to release at the Bitcoin2022 conference. After some speedbumps and hiccups along the way, we got it done. The proof of concept hardware/software bundle that is #BTCRetailX 0.1 was received with amazing reviews by everyone that took a look while at the conference. The fascinating part of this is that after 14 years of attending stuffy, corporate conferences, the BTC2022 conference in Miami (@thebitcoinconf) was the best one I’ve ever been to in terms of engagement, energy, referrals, partnerships and customers for any previous point of sale product I’ve ever presented, fullstop, period.

I’ve met store owners in Mexico, hotel owners from Europe (which we have a solutions too), numerous cannibis dispensary owners, mom and pop shopowners, sales teams wanting to resell the product, distributors wanting to provide their services in Latin America, and Europe, ATM companies (several) wanting to integrate the payments functions, as well as people wanting to license and white-label the product for their own reseller needs.

The energy I took away from Miami is what is supposed to happen at a conference and this energy has been missing for a few years. While I would like to say it was my product that was the rails to provide the energy, it was the buzz of #bitcoin that electrified the audience.

While I appreciate all the @jackmallers is doing from his platform to get the corporate world to embrace #bitcoin and the NCR news is goodnews overall for the industry, I, along with countless others are also growing this industry organically and with passion. We all have a vision for better money and it is available now.

#btcretailx is available in two flavors:

As a wrap to an amazing week of networking, I want to remind everyone that bitcoin is for everyone. It’s for our kids, it’s for the poor, it’s for the wealthy, it’s for everyone, and it’s for this amazing guy, Jimmy Void, of the Bronx Bitcoin Bulls, and his @maxkeiser signed #bitcoin tat. I stood in line Saturday morning with Jimmy and his crew talking bitcoin monetary theory, and it was dope.