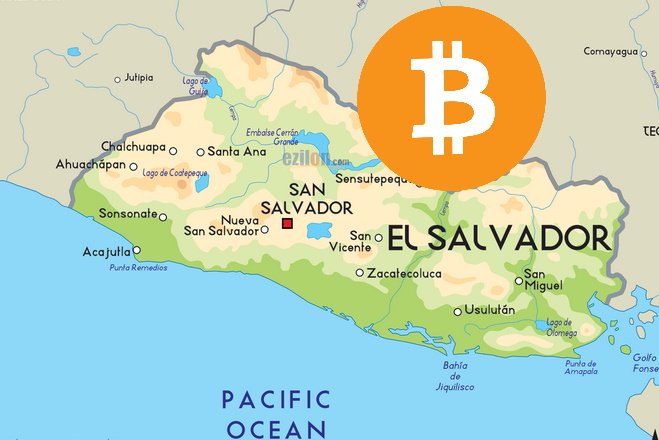 Don’t look now, Scott Chipolina and Decrypt.co, but your bias colors are showing….

Today, I was greeted by a newsfeed article from Decrypt.co titled ‘Some Salvadorans Remain Behind Bukele’s Bitcoin Policy Despite Warning’ written by Scott Chipolina.

El Salvador’s Bitcoin policy has been mired in controversy in recent weeks and months. Still, some Salvadorans stand behind the choice.

This headline is purposefully negative slanted against the bitcoin policy of El Salvador.

Interestingly, it is based off an article written by France24 titled ‘Salvadorans show support for bitcoin despite IMF criticism’

Do you see the difference in the how the titles are presented even though one is based on the premise of the other?

Let’s review the article and show that the complete opposite is actually occurring in El Salvador no matter how much slant a biased publisher and reporter throw at it.

‘Some Salvadorans Remain Behind Bukele’s Bitcoin Policy Despite Warnings‘

The title itself infers a small amount of people are hanging by a thread in their positive belief of bitcoin policy implemented by law and go live in September 2021. The inclusion of ‘Some’ is put into the title to make you believe that just a few people like the bitcoin law because ‘some’ is a paltry, insignificant number. It is designed to make the reader downplay the significance of the bitcoin policy because only ‘some’ are positively affected by it.

Then we read all about controversy: IMF’s first warning from June 2021 (of which I countered with Sorry (not sorry), it’s not a bad idea to give Legal Tender status to Bitcoin); a blurb about the World Bank complaining about transparency and environmental issues (I’ll cover these topics below); a pitiful article titled Bank of England Raises ‘Concerns’ Over El Salvador’s Bitcoin Embrace; and then a “quote” by JPMorgan analysts ‘struggles to find tangible benefits‘ without any citations to prove its veracity.

The Bank of England article (see the original Bloomberg article here) mentioned above has two quotes by the Governor of the BOE stating his concern that a country would choose Bitcoin as a national currency. This is a valid concern but one that can be mitigated (just like all of the arguments by the IMF). These quotes then sandwich negative headlines from the IMF, the World Bank, and again the IMF. Then the article turns to the protests in September trying to slant it as an anti-bitcoin protest when it reality many hundreds were protesting a variety of topics (the least of which was bitcoin). Is President Bukele free from controversy? Not at all. If the people from various factions have issues, let them protest and be heard. But to make this protest only about bitcoin is disingenuous by Mr Chipolina.

The article then mentions a Moody’s Investor Service quote that bitcoin is “quite risky, particularly for a government that has been struggling with liquidity pressures in the past.” I would agree that holding bitcoin does cause fiat liquidity thoughts – I’m not going to label it as concerns or even issues. On a personal level, I deal with this everyday when trying to decide how much fiat I want to put into bitcoin that day. But I’d rather hold bitcoin than the mighty US dollar any day except to pay for fiat-based expenses despite the bitcoin volatility due to a long time preference horizon. I whole-heartedly expect bitcoin value to go up and to the right in the long-term. But the liquidity concern can also be mitigated by holding a reasonable amount of assets in the US dollar to cover expenses. I’m sure the powers that be in ELS know this as well on a country-wide level in their budget making processes. And it is documented by vendors in El Zonte’s Bitcoin Beach community that this liquidity process promotes saving money – a possibility not possible to those on a regular basis by just holding the US dollar and its inflationary basis.

Mr Chipolina then quotes France24’s interview of a banana vendor to support his claim of criticism coming from ELS citizens, ‘I couldn’t care less if they ditch Bitcoin or not, there’s no benefit to me, I only work with the dollar, I don’t accept Bitcoin.’ I would counter that this is not direct criticism of bitcoin itself, but missives from a person uneducated in bitcoin’s potential. And that will take time to educate the populace. We are so early in bitcoin adoption world-wide. But it’s ok. ELS citizens have the choice to use bitcoin or not. They can use the US dollar if they prefer. A lot of the negative leaning statements by the IMF, BOE, World Bank, “journalists” such as Mr Chipolina completely avoid stating this fact. Let me be clear about this:

It’s completely optional. If they receive bitcoin, they can immediately exchange it to the US dollar. Is that risky? I don’t think so. It’s a way of protecting from bitcoin volatility if they have a need and choose to do so.

The article further goes negative writing about Chivo wallet problems with missing balances as documented by another negative piece written by Mr Chipolina for Decrypt.co. The interesting part of this topic is that if you search on “missing money from chivo”, you get mass repeats of the exact same article published in MANY (I specifically did not use the word SOME here) web sites. That is quite the powerful anti-bitcoin marketing machine right there. I couldn’t find any follow-up articles refuting or proving the missing bitcoin allegations. But what I do know is that citizens of El Salvador don’t have to use the Chivo wallet. They may need to use one if they get money from the government. A trade-off I suppose, but just spend your Chivo bitcoin on expenses or exchange for US dollars from an ATM. Is that convenient? More of a minor nuisance, but it is a way out – they aren’t stuck with just a government mandated wallet. Any lightning wallet will work – Muun wallet seems to be pretty prevalent there. And this may change in the future once the kinks are worked out. Perfect? No, but neither is the inflationary US fiscal policy that just piles on debt.

Back to the Chivo wallet negativity… If money is missing, I’d like to believe that this can be proven. If it’s a bitcoin wallet, the address is on the blockchain. The funds can be tracked. Let’s see the proof of missing funds. Let’s see the money being deposited by the ELS government into these wallets in the first place. Let’s see where the funds have gone. And that leads to….

I mentioned above that I would talk about this. I do have concerns about how bitcoin is held by the ELS government. Who holds the keys? Is it multi-sig? Does Pres. Bukele hold them? Is it held in trust with an asset trust company? We don’t have those details. And that is concerning. A lot of questions regarding how ELS decides to buy bitcoin… when? how much? internal rules? oversight? With bitcoin built on transparency, it’s counter-bitcoin to not provide these details to the people whose taxes pay for this venture. The people have a right to know this information.

Bitcoin adoption is proven to lower environmental impact through game theory. There is a natural tendency for ventures to flock to the lowest price and this includes electricity. With ELS’s geothermal capacity, they have a lot of potential energy to run bitcoin mines which provides the transaction capacity for bitcoin.

Bitcoin In Everyday Use in El Salvador

Some snippets of daily use of bitcoin in El Salvador.

Obviously, I need to find other news outlets or figure out how to manipulate the algorithm that my news feed uses to lessen the amount of Decrypt stories that constantly show up in my feed.

Decrypt.co and Scott Chipolina – you could also do a better job in providing ‘some’ unbiased reporting. Why so biased?