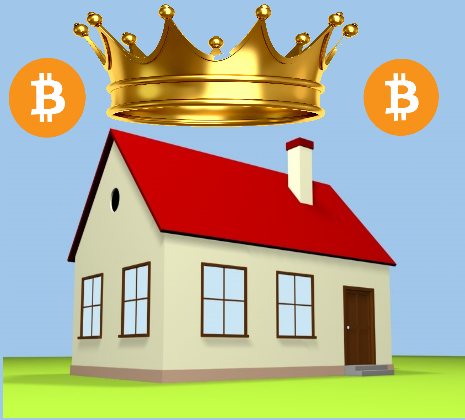 I’ve been watching Seinfeld reruns on Netflix. The Master Of Your Domain episode is regularly on the must-watch lists. It’s pretty funny. The Seinfeld ‘Master of Your Domain’ theme is a degree or two different from self-sovereignty’s ‘Master of your Domain’. The former is being in control of your self-pleasuring desires and the latter is being in control of your total being. Being master of your domain sounds pretty good in the context of being in complete control of your self. But it also sounds pretty scary. You are in control of you. You make the decisions that affect your life. It is high risk/high reward. There is no one to fall back on in case of failure (unless you build those fall-backs). You aren’t giving that power to someone else that you trust is going to treat you as you expect/want/need… Or lose that trust with that third party and lock you out of your checking account based on your beliefs and habits, or judge you on how you spend your time and money. It happens everyday to regular people. And our human history has conditioned us to put our faith in 3rd parties even if they fail us. It’s a hard habit to break. But break we must to become self-sovereign.

What is Self-Sovereignty and why should you care? Sadly, the dictionaries out there in the world do not define self-sovereignty very well. You are left to piece together what you can. Merriem-Webster says sovereignty is 1) unlimited power over a country, 2) a country’s independent authority and the right to govern itself. In another section of its definitions, it does state ‘one that is sovereign’. Nothing stands out for what I am looking for until I see the synonyms of autonomy, freedom, independence, liberty, self-determination, and self-governance. Those are very good words.

Dictionary.com provides us with the state of being sovereign, or of having supreme power or authority. But then it flows back towards sovereign state, political unit or royalty. I find that definition to be shortsighted and lacking.

Wikipedia (while speaking of sovereign states) does speak of sovereignty assigned to the person or body.

Why does this matter? Because there are overwhelming numbers of governments, NGO’s, private entities, corporations, and people who want to control you and your behavior for their benefit – not yours. All of these entities may (or may not) believe they are acting in your best interest. But you have given your control over to a 3rd party. A 3rd party that has its own goals, drives, assets, interests, affiliations that may not align with yours. And if those divergent paths cross, their control over you will be known immediately as they attempt to shut down your own goals, drives, assets, interests and affiliations through whatever means of control they have over you.

But this won’t happen to me… is similar to the I have nothing to hide argument. It happens. It happens more than you know or realize. Americans may think this more than others based on its relatively stable history compared to a lot of the rest of the world but it happens in the U.S. too. Take a look at some example industries and government policies…

How do we fix this situation we are in and become self-sovereign?

Start by cherishing and building on your privacy and freedom. This means break away from the 20th century fiat thinking and embrace the digital age of the 21st century. Then opt out of the fiat $ system as much as possible.

**I get asked what fiat is regularly – it is by decree – it means that government legitimizes money by legalizing it (by stating by legal fiat that their money is legal-tender), so my use of fiat means the currency in use world-wide right now (the US dollar, the Euro, the Pound, etc…). **

Get educated – read, read, read. For learning about money, start with Layered Money by Nik Bhatia; follow that up with The Bitcoin Standard by Saifedean Ammous. Opt out of the fiat banking system as much as possible and buy bitcoin. Use the bitcoin over time to borrow against for major buys instead of loans from a traditional bank. Take personal responsibility in maintaining your passwords, your money, your digital life; use tools that promote self-sovereignty such as the personal server, the Start9 Embassy. A personal server is a computer that dedicates itself to serving data to you (your passwords, your files, your money, your social network communications, etc…). Transition off the data aggregator platforms of Google (Gmail), FaceBook, and others and use self-hosted or open-source software.

Getting a start9 Embassy is probably the leading thing you can do to get off a lot of centralized platforms. It hosts Bitcoin Core and Lightning Network for financial management, Matrix Synapse instant messaging (one of my favorite tools), VaultWarden (previously BitWarden RS) password management, Photo View (organize and share photos), File Browser (cloud data storage), Mastodon social network server, among others… More tools are being introduced by a dedicated group of employees and volunteer contributors regularly. Going deeper down the rabbit hole entails getting a mobile phone with a privacy enabled operating system, getting off that Windows based PC for an open-source Linux system, yikes – so much we can do that I’ll explore.

Self-sovereignty covers almost every aspect of your life. You just have to reach out and grab it and implement it.

Here’s to your self-sovereignty adventure!

If you have any feedback or would have an idea for me to explore and write about – please reach out. I’ll flesh out a few of the topics I list above on how to break away from the current fiat system and use good, stable alternatives