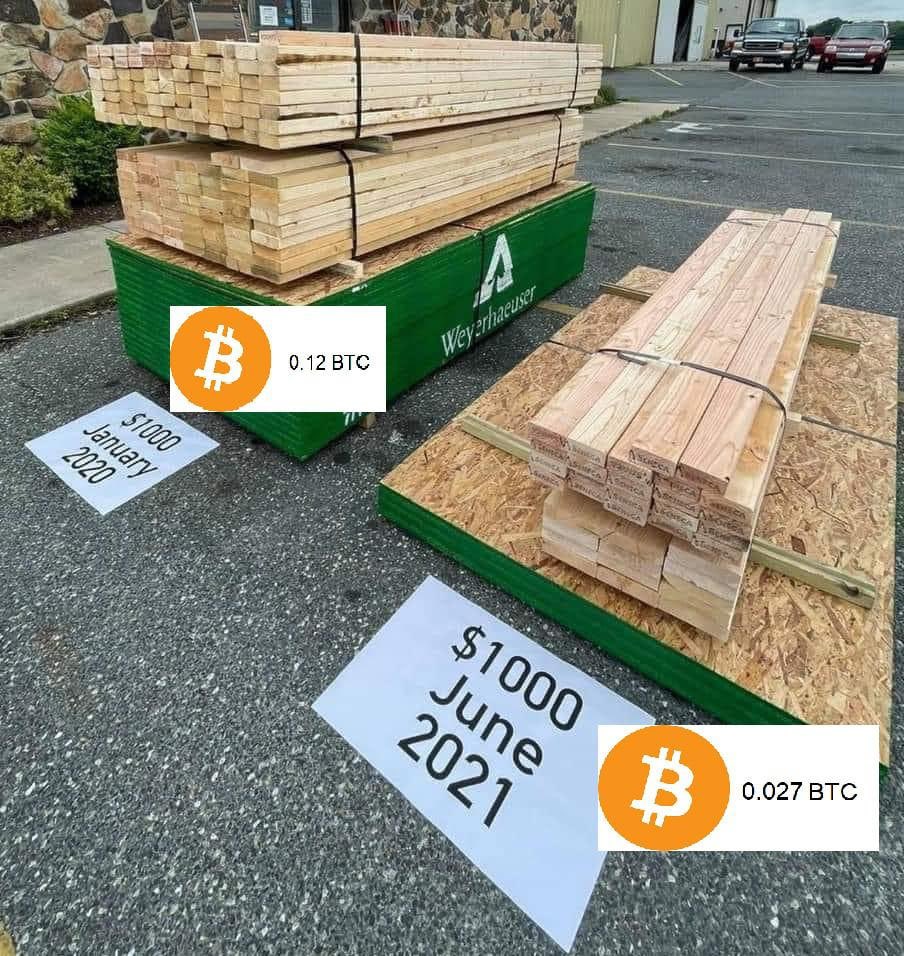 Most of the world that deals in the US dollar is in denial about the inflation problem. For some reason, there is a misguided belief that the 2% inflation (they hope) that is designed into our fractional reserve currency system is acceptable. But the reality is that the Fed has been creating money out of thin air with Quantitative Easing for decades and inflation is now at the tipping point of growing out of control.

Inflation is the increase of money but the decrease in purchasing power. A dichotomy. One would think that simply having more money would have more buying power. But the reality is that printing money out of nothing devalues it worth because nothing stands behind – no work, no energy, no scarcity = no value.

How about this graphic from @anilsaidso….

I choose bitcoin. Opt out of the fiat system.
Doug