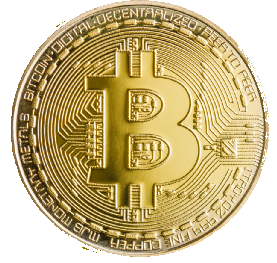 If you read this article by a blogger at the IMF, Cryptoassets As A National Currency? A Step Too Far, you may get the feeling that the world money powers are scared to death of an autonomous bitcoin that cannot be controlled by the International Monetary Fund, or the International Bank of Settlements or the quasi-public Central Bank of the United States.

Giving credit to the author, it does state this in the beginning…

But the problem here is they lump bitcoin with cryptocurrencies. One does not equal the other. I wonder if either author has read Saifedean Ammous’ The Bitcoin Standard… but I’m also not naïve to think that this isn’t IMF propaganda and they are paid to do their jobs for this blog post.

They make a point to talk about bitcoin volatility where it rose to $65,000US in April 2021 to crash to less than half that value in June 2021. But they completely fail to mention that bitcoin has risen from values of fractions of a $1US in 2009 to where it now in 13 years. The same $1US they are comparing has lost almost 20% of its value in the same span and has the purchasing power of $0.83 cents US now in 2021!!!!!!! Hello, is this mic on? Eighty three cents. Wow, that’s the store of value of a highly manipulated dollar. Stable? Not so much.

And yet, Bitcoin lives on.

Yes, it does. Thankfully and without apologies or remorse.

And then (with negative bias) they state how cryptoassets are fundamentally different because they are centrally controlled by a government or a private company.

I, frankly, don’t want either to control the digital monetary or real-world monetary system. Control means they can do what they want on a whim. They can change the valuation of your money. They can increase its value. But they can also take away its value. Or even void its value by putting expiration dates on it. Look at the history of money and see that this has happened in the past, but also in the current modern world. Venezuela has ruined their economy through central bank printing of infinite money. But you can also look to the beacon of freedom, the US, and know that the fiscal policy controllers have confiscated private citizen’s gold, and have also caused the loss of wealth from detaching from the gold standard. It happens and can happen again. Don’t live in a dream and think it can’t.

The blog post goes on to list the negatives of crypto adoption including the doubt that adoption will occur in countries with stable inflation and credible institutions. They state households and businesses will have very little incentive to save in bitcoin.

Are they crazy? A sound money such as bitcoin that can’t be manipulated by a third party that grew in marketcap to 1 trillion dollars US in 13 years – faster by several years over any company ever created in the history of the world. This isn’t incentive? Wow. What are they teaching kids in school these days. Not the history of money or how money is created, that’s for damn sure.

They make a case that the unbanked would accept crypto but then immediately change it to fiat money. I guess they haven’t seen the 2 year use-case of El Zonte in El Salvador – a real life use-case of using bitcoin in the daily life of this people.

Here are several links to stories about it:

Back to the IMF blog post, in giving credit here again, they do state:

real currency may not always be readily available, nor easily transferable. Moreover, in some countries, laws forbid or restrict payments in other forms of money. These could tip the balance towards widespread use of cryptoassets.

But then they devolve into scare tactics by making an argument that significant resources of time and money would be spent by businesses and households to determine which money should be spent – fiat or crypto. It’s not a difficult choice at all – if you use the currency daily, you would know the value of either one just like you do now with the dollar. I know what a dollar buys me now. I had to look up how many satoshis this is today (July 29, 2021) – it’s 2500. I don’t use it daily. But I know full well that I would know that like the back of my hand once I started using it daily. We spend significant resources looking at our money. I, for one, look at my bank apps daily so I know how much I have on hand or if I need to move any or to look for any fraud. It wouldn’t be any different with a bitcoin wallet. And frankly, it’s not, as I look at my bitcoin wallet daily as well.

Also, monetary policy would lose bite. Central banks cannot set interest rates on a foreign currency. Usually, when a country adopts a foreign currency as its own, it “imports” the credibility of the foreign monetary policy and hope to bring its economy–and interest rates–in line with the foreign business cycle. Neither of these is possible in the case of widespread cryptoasset adoption.

You’re right, central bank global monetary policy would lose bite. And that is a Godsend not a negative. 12 countries use the US dollar as its legal tender. That means 12 countries are manipulated by the whims and desires of a third party disinterested in their well-being. I would argue that the powers that be may actually work the fiscal policy in their favor against those countries. These central bankers aren’t doing this to be nice or altruistic. But if you use bitcoin for remittances world-wide, it wouldn’t be manipulated or printed into infinity devaluing your wealth like the dollar is everyday.

The article further states that price fluctuations would be massive. Saifedean Ammous in The Bitcoin Standard makes the case that massive volatility would stabilize with mass adoption. However, some volatility is acceptable as it infers growth in the asset. We want bitcoin to continue growing in value over time and volatility makes that happen. Look to the long-term to see the growth of bitcoin is to the up and right.

These statists also always point to the criminal side of cryptoassets and how it would inhibit anti-money laundering and facilitate terrorism and evade taxes. Have they seen the statistics of the use of the US dollar in criminal activities worldwide? It’s staggering. I clearly remember hearing the news tidbit that illegal drugs residue can be found on nearly every US dollar in existence? Can you spell ‘hypocrite’? Criminal activity will always be with the money – no matter the vehicle. Don’t pretend it’s not the case with the US dollar.

They talk of access to the technology needed for widespread adoption. I would argue that the governments of the world, NGO’s and private corporations will get the technology out where it is needed. It all takes time. This is not a perfect system but it’s a start. The baby has to crawl before it walks.

These writers talk of lack of consumer protection and fraud and cyber attacks. Warranted conversations of course but we tackle everything as we go. Self-custody of keys is not for everyone but no one is mandating this. The market will determine what is the best way to hold keys and the market will also create new ways – ways we haven’t even thought of – to hold bitcoin to where you may not even know its bitcoin that is underneath your economy one day. It’s not far-fetched.

Some toxic Bitcoin maxi’s were pushing this blogpost as an evil exercise by an omniscient and omnipresent one world government. I’m not that pessimistic yet on this post. These writers were posting the risks as they see them for accepting bitcoin as legal tender. I look forward to engaging these types in productive dialogue to move humanity forward. It will take a ground-swell of people committed to fostering growth in this technology to make it a worthwhile household word. Don’t embrace the FUD of the fiat money lovers or the altcoin shillers. Bitcoin is sound money.