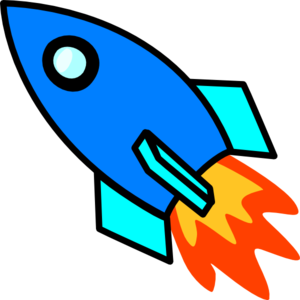 I attended a conference called, “The Crypto Gathering” last week (Mar 24-26) and was blown away by the depth and quality of the speakers. This conference was hosted online by realvision.com. Real Vision and founder Raoul Pal focus on the macro economic world view with in-depth interviews with the world’s economic movers, shakers, planners, investors, the “it” people in all economic spaces.

This conference is a name-drop of who’s who in cryptoeconomics. Anthony Scaramucci of SkyBridge Capital, Michael Saylor of MicroStrategy, Alex Mashinsky of Celsius, Gavin Woods of Polkadot and Ethereum, etc…

While I write a blog called AltCoinMashup, it does not preclude me from getting excited when BigDaddy Bitcoin is the centerpiece. It is no different here at The Crypto Gathering. Make no mistake that the crypto being most talked about is Bitcoin. The speakers did cover NFT’s, various DeFi projects, and some other altcoin topics, but by and large this was a Bitcoin lovefest. Or as I heard a few times over the days of it being a Bitcoin echo chamber.

The truth of the matter is that it was an incredible journey of very insightful conversations with the smart money people.

And it ain’t rocket science to understand that the smart money is moving to Bitcoin. And the brief reason is scarcity and trust. Bitcoin is turning disbelievers in to die-hard fans. Crypto currently has a 1.9 trillion dollar market cap. That doesn’t include the associated businesses growing up in the crypto digital space. There’s a lot of money in this space. But it is only a drop in the bucket of a 100 trillion dollar investment market that includes retail, institutional and government investments.

And the smart money IS flowing into Bitcoin (and by extension into the altcoins too). Scarcity is a major player here. There will only be 21 million Bitcoin ever made. Ever. And this forced scarcity will cause the price to go up as institutions (and maybe someday governments) pour money into the purchasing of Bitcoin. As institutions announce their buy into the Bitcoin universe, it puts pressure on other institutions to also join in the party as their customers clamor for access to Bitcoin. It becomes exponential growth as the concept is shared from company to company and person to person. Trust plays a role here as well and in a couple different ways. Bitcoin has trust built in to the programming by being immutable – it can’t be changed. But trust is also the feeling you have holding Bitcoin with the knowledge that others also have trust in the value of the digital asset.

Michael Saylor, CEO of MicroStrategy, is a Bitcoin Maximalist. He lives and breathes Bitcoin. His belief is that Bitcoin is the apex asset. Better than gold, better than real estate, better than anything out there to own. One of the reasons for this belief is that as you get people to buy Bitcoin they find out that owning Bitcoin is the strongest asset. Why would you ever sell it? You would be giving up a strong asset for a weak asset.

With not selling Bitcoin, it becomes harder to buy, hence the price goes up to match its scarcity.

So with Bitcoin investing only being 1% of the 100 trillion investment economy, there is so much growth potential available. While there are only 21 million Bitcoin, it can be broken down into smaller components called Satoshis. 100,000,000 (100 hundred million) Satoshis make up 1 Bitcoin. If you buy 1/10th of a Bitcoin, you are buying its Satoshi components (one million of them). With Bitcoin today priced at $59,490, the smart money is thinking Bitcoin will conservatively hit $150,000 and quite possibly hit $300,000 by the end of this year (2021)!

That is why Bitcoin at $59,000 is just the spaceship on the platform getting fueled for take-off. Join the other Bitcoin astronauts and buy some Bitcoin and let’s take this ship to the moon!