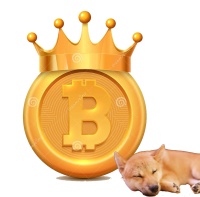 I don’t understand Elon Musk’s infatuation with Doge (or anyone else’s for that matter – looking at you Mark Cuban and Snoop Dogg).

This is a coin that is unstable and has no scarcity model to hold its valuation if it rises substantially.

Prior to January 2021, this coin sat below $0.01 (with some fluctuations above here from time to time) and then got a huge push at the beginning of the year to rise to $0.08 on February 8th 2021 and has now settled in the $0.05-$0.06 range. The price fluctuates now depending on who is shilling the coin.

Elon Musk has pumped it a few times and the coin in turn spikes. Mark Cuban has been posting that the coin will hit $1 with enough use and they accept it at the Mav’s games. KISS frontman Gene Simmons is a die-hard fan and so is Snoop Dogg apparently.

I just don’t get it. The math doesn’t add up. This is a coin that started as a joke where the developer made the coin in an afternoon. The coin has no supply cap. It will keep growing in supply with no end in sight.

The circulating supply is 128,825,072,788 (that’s 128 BILLION coins). And that amount will keep growing. That is an inflationary model – no scarcity to create value. While I am all for creating value out of nothing – people put value into a thing and it becomes valuable (Michael Saylor of MicroStrategy loves to talk about the giant stone coins of the Yap people). But Dogecoin and it’s numbers will keep it from ever being stable. It’s a volatility play for day-traders. And there is nothing wrong with that as long as you know what you are in for. I don’t believe the FOMO’rs understand this. If Elon says its good, than it must be gold. Personally, I think the wealthy class is pumping this coin so they can turn an easy profit based on their shill of the coin. I like Elon a lot and what he does for mankind and his view of the future with colonizing Mars; and his AI vision; but I think this DOGE shill is short-sighted, obtuse thinking, and even reckless. They have a bully pulpit platform with a loud megaphone. And people will buy into it without thinking.

Take a look at this list of highest circulating supply coins from coinmarketcap.com listed from #1 to #8.

This is not coincidence that these coins are not valued very high. It’s supply and demand; and scarcity at work.

This is what makes Bitcoin so valuable. There will only ever be 21 MILLION Bitcoins. This is why Michael Saylor, CEO of nasdaq listed MicroStrategy, is hodling BTC and is so bullish on it. They have over 91,000 BTC in their stockpile worth over 5 BILLION dollars. They paid around 2.5 BILLION for this amazing investment. His company was profitable before the BTC investment but was getting no love from Wall Street as his stock sat around $90 with $500 MILLION in cash sitting there (trading at 1X plus the cash). The reason for this floundering (even though the company had excellent financials) is that the Street discounted the cash’s long term value since it has been discounted so heavily by fiscal policy. The belief is that the 500 Million will be basically worth nothing in ten years with the CPI discount at 20% a year. You have to make a 20% profit every year just to break-even with the today’s devalued dollar! A year later with BTC on the balance sheet and the MSTR stock is just shy of $800 a share! Wow. That is Bitcoin’s power.

Trade DOGE for a quick buck or two or three but HODL Bitcoin for asset accumulation of wealth.